Our NI Tea Project on The One Show

Find out the public's thoughts on first ever taste of our Northern Irish Suki Tea!!
Posted by Zoë McCullough on 20th October 2016 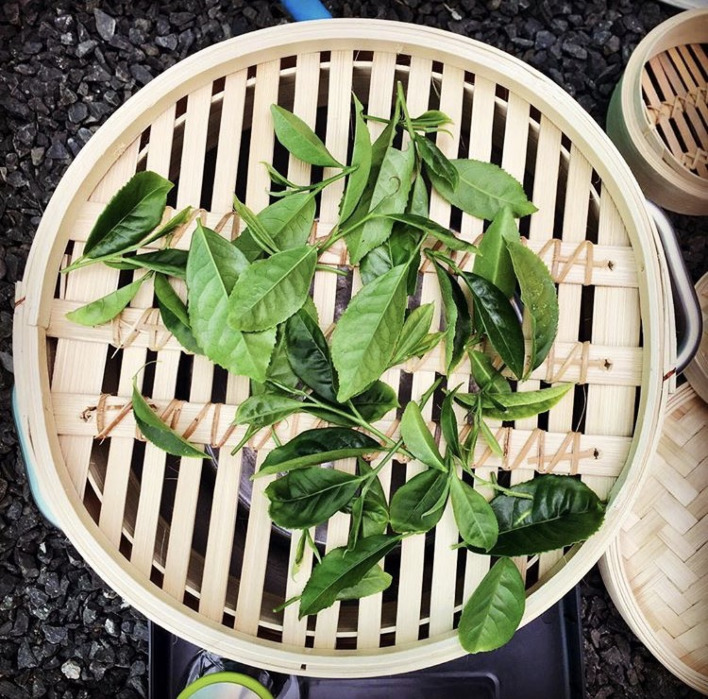 Find out the public's thoughts on first ever taste of our Northern Irish Suki Tea!!

A few months back Oscar spent the day filming for an upcoming piece on The One Show. The lovely Jenny Brown from BBC Northern Ireland interviewed him throughout the day about the Northern Irish Suki Tea Project.  We have been working to grow tea in NI this for the last few years and have documented the progress so far ourselves.

The day started in Greenmount Agricultural college where our agricultural expert Theresa leads a team to look after the project. The cuttings arrived from Tanzania over a year ago and have been brought on to well-developed young  are keeping the plants under a poly tunnel until they are strong enough to be planted. We need this expert advice to give us the best shot at success. Oscar hadn't seen the plants since they were re-potted in May and they certainly have shot up, during the interview we trimmed the top leaves to make a cuppa for tasting later on.

Interview done and after a quick bite to eat with the film crew we raced to Portaferry to meet with Jill and David, they had made us a much awaited cup of Belfast Brew before the next bit of filming. Jill and David from 'Just live a little' live in lovely thatched cottage in Portaferry , their large back garden (field) is the location we have pinned pointed for the plants once they are mature enough.

Did you know Portaferry has its own microclimate? On the shores of Strangford Lough, this is a virtually frost free area, which is just what the tea needs if they are to survive our winter! Jill and David were interviewed on their collaboration with the project, they talked first about how the idea of growing tea in Northern Ireland first came about….in a bar in San Francisco over 5 years ago. The land that Jill and David have to the back of their cottage is on a slope which makes it perfect for drainage and is south facing so get the best of the sun. We had the soil tested a while back and this was also compatible for good growing conditions for the Camellia Sinensis – Tea bush. All good to go so it seemed like a sign!

While Jill and David were being interviewed Oscar got to work processing the tea he had plucked earlier in Greenmount from the young plants. Neil from Graze restaurant in Belfast kindly lent Oscar his food dehydrator and we had a makeshift wilter and tea roller fashioned from a bamboo steamer to recreate the process of turning the tea from a leaf on the tea plant into a ready to drink dried orthodox leaf! Oscar then carefully managed to wilt, roll, semi ferment and dry the tea with his apparatus throughout the day. The first ever Northern Irish grown cup of tea was ready to drink and Jenny and Oscar got the first taste. The tea plants are still too young to give a full flavour but we got a glimpse of how this tea might taste when the leaves are fully developed. We processed the tea as a green tea and after tasting we agreed that the leaves were representative of a light floral delicate tea, not a far relative from first flush Darjeeling green tea, which we were delighted with. We put the rest of the tea in a flask and took to the streets to get an opinion poll on what the public thought of our freshly brewed leaves.

History in the making or a bonkers idea? Find out what the public thought tonight on The One Show, BBC1 at 7pm…where Alex Jones and Matt Baker are joined by culinary crusader Hugh Fearnley-Whittingstall, maybe they'll even have a taste!!

For now I'll sit back with a lovely cup of Belfast Brew & enjoy the show....