Blog
Tags: featured
learning about the industry at source, Suki Tea Makers decided to start their own tea garden on the beautiful shores of Strangford Lough
Posted by Zoë McCullough on 4th April 2022 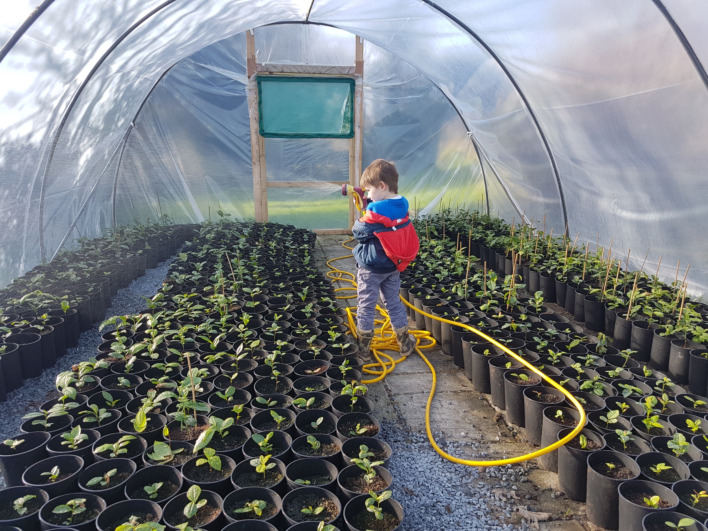 learning about the industry at source, Suki Tea Makers decided to start their own tea garden on the beautiful shores of Strangford Lough

Not content to travel the globe sourcing their award-winning, loose leaf teas and learning about the industry at source, Suki Tea Makers decided to start their own tea garden on the beautiful shores of Strangford Lough, in Portaferry, Northern Ireland.  All in the name of adventure and that eternal thirst for learning, it has been no mean feat according to Annie and Oscar. The idea was born from a conversation at a trade fair in San Francisco many years ago and they do love a challenge!

They opted to grow the tea from the seed of the Camillia sinensis var. Sinensis (a more hardy varietal suited to harsher climates). They took on the world’s best tea garden guru, Nigel Melican, to advise them and the idyllic site at Derry Farm in Portaferry was inspected for adequate soil pH, sunshine, rain, temperatures, and drainage. Seeds were donated or purchased from three tea-growing regions - Nepal, Georgia and Korea (they needed to hedge their bets for success and were keen to understand the varying profiles of the regions ?). 4,000 seeds in total were germinated and it was certainly a family affair after a hard day’s work at the Suki factory.

The young seedlings were brought on under poly for the first year, before the excitement of clearing the ground and planting out and the Suki TEAm enjoyed getting their hands dirty.

Losses were expected at all stages from germination to planting out, but they had enough healthy and lush young tea bushes to plant out the acre identified. Now they needed to nurture and protect the plants from the often harsh Northern Irish weather conditions and did so with wind-shield netting and giving each bush its own wee blanket in winter. Amazingly, the average rainfall in Northern Ireland is insufficient for the growth of the tea plant, and an automated irrigation system was installed for the ‘dry season’!

The young bushes are now in their 3rd year in the ground and coming on beautifully – they even produced their first tea flower last year! Oscar and Annie perform a deep prune on the bushes as every winter approaches (which breaks their hearts to cut back all that exciting growth) but this is essential to attempt to get that ‘table top’ tea bush effect which we would all have seen in picturesque tea gardens in Asia.

And finally, when can we expect the first cup of pure Northern Irish tea? A typical tea garden would produce its first yield around 3-4 years after planting out. Suki Tea expect to harvest their first crop in the summer of 2023.