The Perfect Pair
Posted by Zoë McCullough on 23rd September 2019 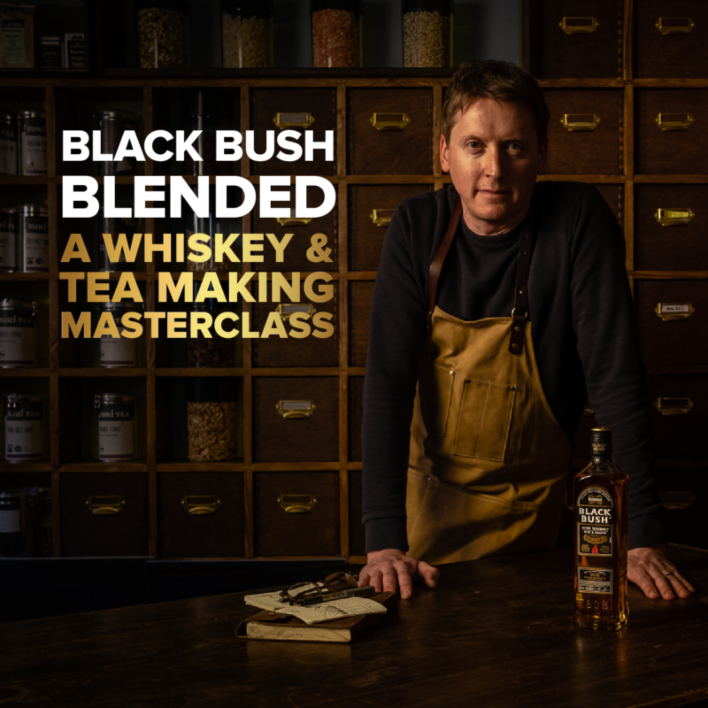 Complex and intense; dark or light; spicy, fruity or smoky… All words that could be used to describe tea - or whiskey. In fact, often used for both. This natural synergy is a reason that whiskey and tea pairing is a growing phenomenon: a combination described as “meant to be” by whiskey writers.

Each has its beginnings in a single ingredient: a grain of malt, the leaf of a tea plant. Both, through time-honoured craft, express themselves in endless ways. It’s no wonder a new form of alchemy is emerging - to find the perfect match between the two. And it’s why Bushmills Black Bush Whiskey is hosting London’s first whiskey and tea pairing workshop this September.

Called “Black Bush Blended” the evening will be dedicated to understanding and elevating these two complicated, complementary beverages.

WHAT TO EXPECT AT BLACK BUSH BLENDED

Guests will take part in an informative tasting session on some of Bushmills’ best loved Irish whiskeys, led by Lauren McMullan from Bushmills, before hearing how Oscar Woolley, founder of Belfast’s leading artisanal tea shop Suki Tea, turned his love of tea into a career.

They will enjoy a tea tasting session (including a limited edition, loose leaf tea designed especially for the event to take influence from the rich, smooth notes of Black Bush Whiskey).

Finally, they will have the chance to create their own personalised tea blends whilst enjoying a specially-created Bushmills Black Bush Whiskey tea cocktail.

The event is the latest in an ongoing event series, #BlackBushStories which celebrates the stories and crafts of independent, spirited and extraordinary talent across the UK. #BlackBushStories has so far seen the brand team up with an exciting and eclectic range of collaborators whose passion for their crafts chime with Bushmills’ to create unique experiences. These include a guided foraging tour and cocktail-making class, and a cheese pairing workshop.